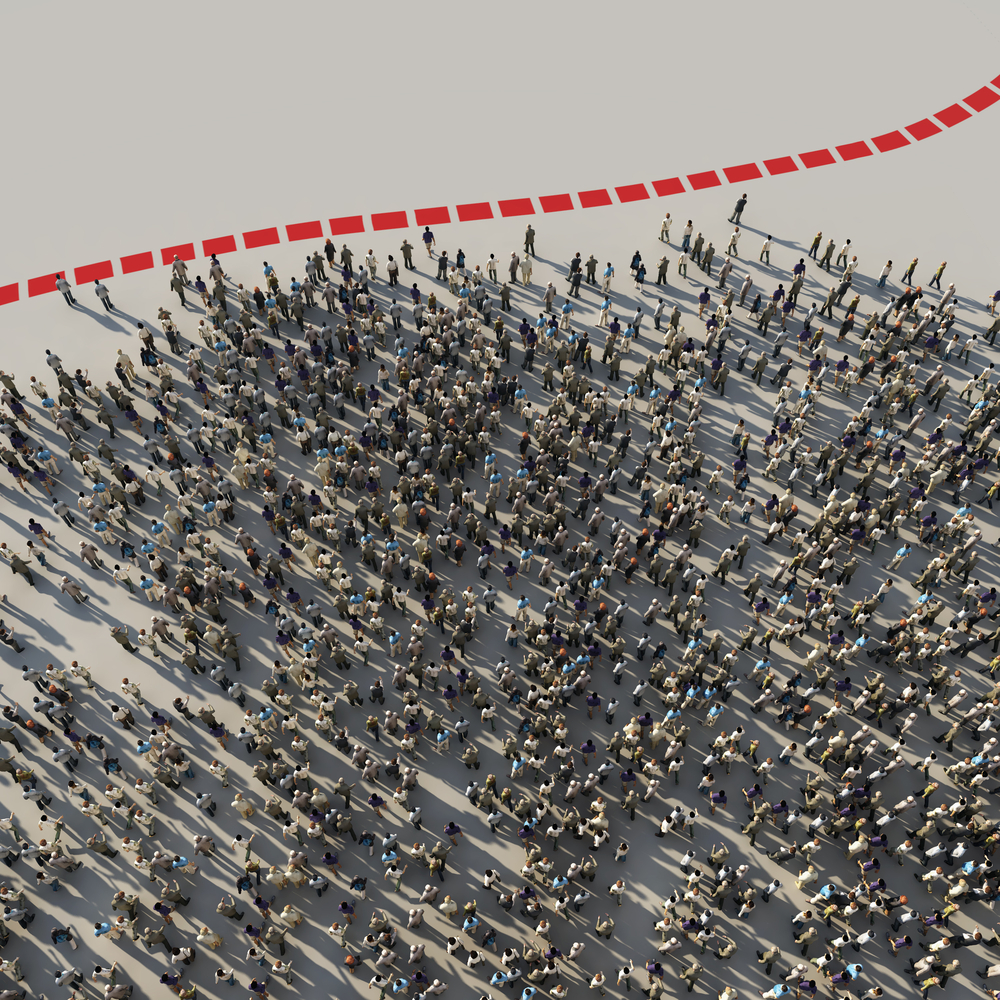 Moria…You fear to go into those mines. …

You know what they awoke

in the darkness of Khazad-dum…

Once one of the largest cities of the dwarf kingdoms, Khazad-dum was renamed Moria after the dwarves mined too deep, unleashing an invincible, nameless terror. A balrog, named Durin’s Bane. An ancient demon with a heart of fire and a whip of flame. The Moria of Middle-earth was destroyed by fire and the dwarves had to flee.

One of the largest camps on the Greek Islands, real-world Moria (a namesake only by mere coincidence, “mor ia” meaning the “Black Chasm” in Elvish and having nothing to do with the tiny Greek village on Lesvos near the camp), burned for days, too. Let’s not be fatalists. Nomen est omen, but this is just another coincidence.

This, the real fire that was started by protesting migrants, left around 12.000 displaced. As of now, there are no reports of dead or wounded, though it is hard to imagine that a devastation this size has no casualties. The protest itself was the result of a combination of factors, but mainly of the fact that Moria is critically overcrowded. There are way too many trying to enter Europe with not too many on the Continent wholeheartedly welcoming them, thus the process is slow. This is true even if Greek authorities and the EU worked hard to halve the population of the camp. Add to this isolation measures imposed after 35 confirmed COVID cases and voila.

“An evil of the Ancient World it seemed, such as I have never seen before.” (Aragorn)

Migration is ancient as humanity itself, both in its individual and its mass forms. Very few of the current nations of Europe can claim that their origins are from the lands they currently occupy and that they not moved there in the “dark centuries” around and after the fall of the Roman Empire. (Or later, in fact.) People of Normandy are, to some extent, descendants of the Vikings, but so are some who now live in Ukraine (ever heard of the Varangians and the Kievan Rus?).

And it’s easy to see, that even though migration has its advantages (transfer of knowledge, repopulating deserted/uninhabited places, new workforce etc.), it can have serious negative effects, as well. Medieval kings of Eastern Europe were happy to invite and settle migrants from the West and benefit from the culture they brought with them (think the “Siebenbürgen” in Romania).

On the other hand, Natives of North and South America could tell long stories about previously unknown diseases (unwillingly) brought by European settlers, wiping out large proportions of the population. With Thanksgiving approaching, one might remember that the pilgrims of the Mayflower found cleared and uninhabited lands in Plymouth because all but a few of the native Patuxet Indians died shortly before they arrived.

The 2015 wave was shocking mostly because Europe hasn’t experienced anything this size for centuries.

“A dwarf! ..They are not permitted in our land.

I cannot allow him to pass!” (Haldir)

It is not a coincidence that from the beginnings of times, countries or communities, while acknowledging the importance of properly treating their guest, also tried to limit the movement of the “others”. “Ius hospitium” (a custom limited to Greek and Roman territories) had its own, very strict set of rules and was not automatically applied to everyone arriving.

In fact, in most cases, whoever came was accepted for a few days to rest, eat and drink, but was expected to leave, either forward on his journey or go home. In Ancient Greece and Rome, it was customary to the guest to enter the altar of the gods and swear that he will adhere to the rules. Tokens were also exchanged to ensure that the now-host will receive the same treatment would he venture to the land of the now-guest.

Of course, history knows about many exceptions, positive and negative, too, but this was the main rule.

“But still the sunken stars appear, In dark and windless Mirrormere.” (Gimli, son of Glóin)

Alas, much like a balrog, migration is extremely hard to keep in control. (In Tolkien’s fantasy world Gandalf, the powerful maia almost died killing Durin’s Bane. It took the concerted efforts of the seven sons of Feanor to force the balrogs to retreat and they didn’t manage to kill one, but their father was fatally wounded.)

There is always hope though, that a new solution will be found. A new plan to tackle migration and asylum policy has been long overdue. In fact, it should’ve been ready for years.

And the EU needs a sustainable one, since migration is here to stay. Or get worse, given that push factors, like climate change are evolving and pull factors were not really cut back, either. And one can but agree with Greek Prime Minister Kyriakos Mitsotakis, who said that “the situation in Moria is an issue of public health, humanity and national security at the same time”. And an issue beyond Greece. And beyond the V4. It needs the concerted efforts of all European states.

Unfortunately, European capitals seem hopelessly deadlocked about how to distribute people. Can’t wait to see what the Commission will propose, but rest assured, it might not be accepted by many.

The best solution would be to search for the “least common multiple” (mathematically speaking) and start to negotiate from there upwards. Not because the minimum is the best solution, but because it is the only thing that unites the divergent views. The problem is that back in 2015 and up, a different path was chosen and that left great mistrust among the leaders of Europe. And midst the COVID-19 crisis and the ever-twisting Brexit saga, there is not much strength left to fight.

You can expect V4 countries to walk out the door even if there’s just a mentioning of “mandatory relocation”, so as of now, being totally unrealistic, it should probably be off the table. It can maybe be introduced later, after feasibility studies, appropriate finances or combined with other solutions, like the voluntary relocation scheme. (Much like with conscription: there are many countries where you must be a soldier for a given time, but you can choose to be a cook, a teacher, a mechanic, whatever, in case you don’t want to touch a weapon.)

It is also difficult to see, how any kind of (mandatory) relocation would solve the issue behind the unprecedented flow: a combination of economic, environmental and security issues in Africa and Asia, that will keep pushing people towards Europe. It is blatant populism to claim that all of these people are “economic migrants” or “criminals”, who put whole countries under siege and are the source of uncontrolled criminal violence, like French far right leader Marine Le Pen tries to paint them. Nor will Europe be turned into a Muslim continent, a la Houellebecq.

But is equally misleading to call all of these people “asylum seekers”, as some migration experts tend to call them. There is no one in Europe (not even hardliners) who would deny the right of real asylum seekers to enter. A new, modern definition of what constitutes a right for asylum might be a good start, one that acknowledges that there are certain new forms of life-threatening situations, but “economic hardship” or “the hope for a better future” is not that. Asylum shouldn’t be interpreted too restrictively, but it shouldn’t be watered down, either.

Also, there seems to be some sort of agreement among EU members on cooperation with third countries. This would not only stem the flow of migrants, but applied correctly (and financed accordingly) could mitigate some of the root causes, as well. It would also make the lives of the Southern States easier, thus lessen the need for mandatory relocation or similar schemes. If the EU wants to rely less on Turkey (which might seem just an inevitable step given the escalating conflict between Greece and Turkey), it is a must to have good cooperation with most of the source or transit countries.

The necessity to enhance the protection of external borders also seems to be a generally accepted idea. Clear definitions of competences and responsibilities should be created, without forgetting that it is not the best time (politically) to rewrite the Treaties.

The same goes to reception centers. The contractual form, suggested by Germany, might work: the Commission and/or individual member states could work together with the states operating those centers. Since, as Angela Merkel put it: “of course the sovereignty first lies with Greece”, thus it bears the primary responsibility. The idea seems to have the support of both Greece and the Commission, so it could be a road forward.

One thing is certain, the longer the EU waits to accept a new migration and asylum policy, the more Morias we will see. Probably with more casualties.