Three problems to solve regardless the coronavirus pandemic 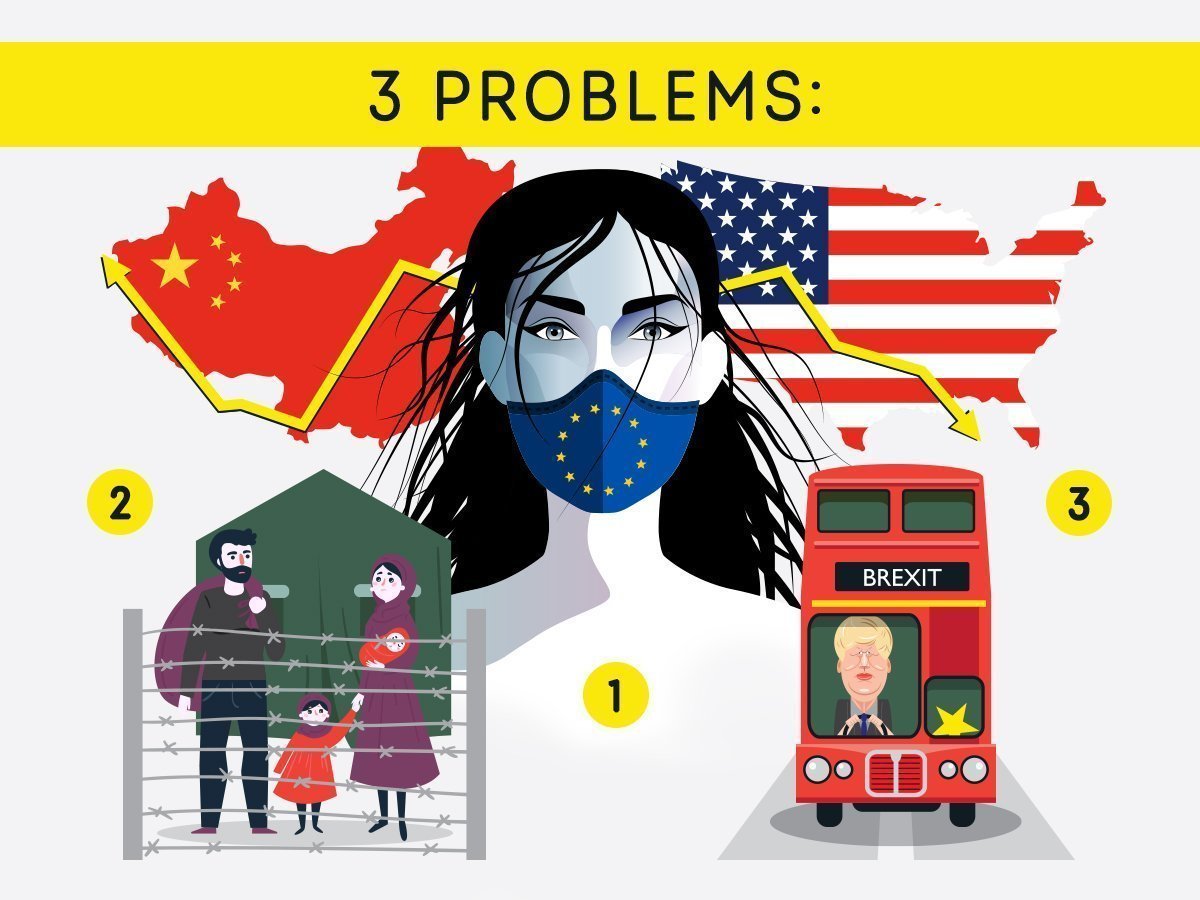 It fills us with fresh courage and makes us strong again.

I’ve spent the last few days (#stayathome) rereading Anne Frank’s diary (and Emma Donoghue’s The Room, by the way). Not to remind myself that our kind of seclusion á la 21st century with internet, food, and light is far away from the circumstances of the Secret Annex. But to remember how much wisdom can hide inside the head of a 14-year-old.

My own 16-year-old myself, way back in time was also amazed when I first read the book. Her sense of humor is almost adult-like; her way of describing and openly criticizing the adults excited the rebellious teenager within me. Now, as an adult, I found different thoughts in that book. She didn’t succumb to misery, desperation, and hopelessness for not being able to go out, eating exactly the food she wished for or not being able to go to school. Yes, sometimes her mood is gloomy, but the overall tone of the diary is more positive. She had plans. For both short and long term. Even if there was not much hope. Even if she had no idea how long this will last.

So, if and when – possibly within a few weeks – our lives get some sort of structure in this new system, we might also quit panic mode and still look ahead. And not just short term (how to survive the coming 2-4 months of closures) but also longer ahead. (Think of all the beauty still left around you and be happy, as Anne put it.)

There are at least 3 urgent problems to solve on EU level, no matter how important the day to day management of the pandemic has become. Because these will define our abilities to restart life AFTER it is all over. Thanks to 21st century technologies, the leaders of the EU and the Member States can work continuously from the safety of their offices via video conferences and alike. (Though I’d advise against keeping this solution permanent: I still think face-to-face meetings have additional values to them.)

First and foremost it’s the MFF. With China possibly maneuvering for international leadership (read the latest Foreign Affairs for details), with the US just being hit by the pandemic and with the possibility of the rest of Asia and Africa entering deep chaos, the EU needs to emerge from the crisis as quick and as unscathed as possible. It will be impossible without a budget. Now, with billions of euros flying in every direction to help and save our economies, it’d be time to think about their exact directions. Now, more than ever it’s a time to reprioritize our budgets to save what is really meant to be saved, and to jump start sectors with more lax regulations that otherwise would need a lot more. (As Margrethe Vestager acknowledged it, “governments may need to give state aid at a much larger scale”, thus the Commission is already formulating a specific guide for how countries can use state aid to act quickly.) It’s predictable that unemployment levels will rise, but this workforce could be rechanneled to new, sustainable, and green business.

The second is the migration issue. Though the end of February was loud with EU-Turkey quarrels and the media was full with gruesome pictures of migrants lingering in the no-mans-land between Turkey and Greece, we seem to have forgotten about them. And this is wrong, not because they might bring some kind of new disease to Europe (people of the Old Continent travel far and wide in the world, it is enough in itself to set off any kind of pandemic), but because the root causes of migration are still not handled (and the coronavirus pandemic is still to hit hard Africa), and because the EU still doesn’t have a coherent, comprehensive, and sustainable answer to both those causes and their consequences. People waiting on the borders pose extreme challenge, not because they might become aggressive in their desperation, but because in the less-than-optimal sanitary conditions any minor virus can cause devastation. That is simply inhumane. But now, more than ever, we’ll only want to allow to enter only those who are really in need (and are healthy).

And last, but not least ’’s the Brexit-saga. If we (or rather the UK) are to stick to the schedule, negotiations should be on and going by now. Despite there is no indication that trade negotiations with the EU would begin again soon, Boris Johnson insists the transition period designed to smooth the U.K.’s exit from the bloc will end as planned in December this year. With the second round of negotiations cancelled and chief negotiator Michel Barnier testing positive for coronavirus, it’s doubtful that business will be back on track any time soon, raising questions on the feasibility of the already tight schedule. Now, as Joe Owen from Institute for Government put it, there is not enough bandwidth for the talks to continue, but it’d be better for both the UK and the EU to finish Brexit for once and for all.

Other not minor but probably not as threatening issues are out there as well. All the misinformation about treating or avoiding the coronavirus on the internet shed light on the fact that our fake news problem or the dilemma on how to regulate big tech and social media are unresolved too.

We should only keep up our spirits and continue to do our work knowing the restrictions will end sooner or later. Or, as Anne put it: “Those who have courage and faith shall never perish in misery.”

Christopher Tapp Follow
« The Great Stress Test of Our Societies
The Olympics postponed. What comes next? »