Protecting the rule of law – the right way III. 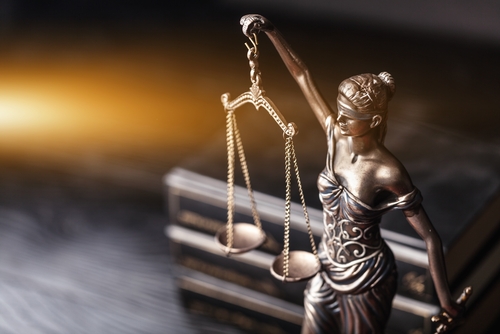 In the previous two parts I analysed the notion of rule of law and the specific regulations the EU has on it. Now, I do not say, that the previously mentioned procedures (e.g. the Article 7 procedure or the infringement procedure) are perfect. Far from it, as I’ve highlighted it before. But they have a very clear advantage: they are based on the existing EU Treaties, which technically form the constitutional basis of the functioning of the EU.

The previously mentioned procedures seemed to be enough in the ‘90s when democracy had its heydays. Now, they are (or seem to be) slow, easy to circumvent or even easier to politicize. It seems just logical that new methods are being searched for. (Though there are a few, like Dimitri Kochenov, who suggested that the existing frameworks could be used more effectively, or those, who claim that the Commission should use the infringement procedures to allow the ECJ to start to interpret the Treaties in a more progressive way.)

The first, and most popular among these is to somehow create a link between the state of rule of law within a country and the possibility to receive EU funds. Killing two birds with one stone: putting pressure where it hurts the most (=money) and creating a more effective and expeditive process. The Commission and the European Parliament have worked hard to bring this proposal to life, in one version or another. Theoretically, if it is adopted, the EU could suspend, reduce or restrict access to funding, in a way proportionate to the gravity of the breach, based on Article 322 of the TFEU.

The goal is “to protect the Union’s financial interests from the risk of financial loss caused by generalised deficiencies as regards the rule of law in a Member State”, and this being the case, “the European Union should be granted the possibility to adopt appropriate measures”. Furthermore, “measures need to be adopted in full respect of the principles of transparency and proportionality. It is also important to ensure that the consequences of measures have a sufficient connection with the aim of the funding. It should therefore reflect the fact that individual beneficiaries of EU funding, such as Erasmus students, researchers or civil society organisations, cannot be considered responsible for such breaches.”

Though the aim is noble, the means are questionable (ever heard of someone arguing doing something wrong for the greater good?). The Council’s Legal Service (CLS) has listed many reasons against it. (And Ms. Kim Lane Scheppele and her research partners have written a lengthy piece about why the Service is wrong). I couldn’t agree more (see below) with the CLS on this: “by failing to put Member States on more precise notice about just what would get a state into trouble under the proposed regulation and why those precise weaknesses in the rule of law violations would necessarily lead a state to mismanage EU funds or threaten the financial interests of the EU, the Commission did not use conditionality mechanisms appropriately”.

Many others (Weiler, Palombella, Blokker) disliked the idea, too. I’d just like to add a few remarks.

Problem Nr. 1. Stakeholder meetings. Oh, nope. There were none.

The Commission itself acknowledges that there were no stakeholder meetings or impact assessment. And it’s weird with such a high stakes topic, given it is highly unlikely, that every single NGO, government, lawyer or even private person has the same understanding of rule of law or on how it should be protected. (The same applies to the question of abortion, LGBT rights, you name it.) If you ask people whether they want to live under the rule of law, 99,9% will say yes. But if you ask them what they think is, or is not, rule of law, you’ll get a more complex and less straightforward picture.

Why is this relevant? Because law cannot exist on its own. Law, at its essence is based on principles, assumptions, and values. We consider this crime or this action this serious because this and this reason, value and societal expectation, so we attach to it a consequence like this. We consider consumer protection an important subject, so we introduce regulations on producers or traders.

And if societal expectations change, in due course, we revise our criminal code. (Or civil code, or administrative code, you name it, I’m talking about the principle and the process.) I’d be really upset to be sent to jail for example for interracial marriage, being gay, or eating my fried chicken with fork and knife (though technically I could still be punished for the latter in Gainesville, Georgia).

If it doesn’t have the approval of at least the majority of the population(s), law will cease to function as a guiding principle. In a good scenario, it’ll just go obsolete and sit quietly on the shelf, like the Arkansas law obliging you to pronounce the name of the state in the correct way. In a bad scenario, people start to protest against its implementation or invent means to circumvent it. (Ever heard about abortion clinics on ships?)

It is a lengthy process, but wouldn’t take much longer than those few years it took the Commission to finally start to go after rule of law violations. With the results in hand, the EU could establish a procedure and legal framework that has a wide margin of acceptation, giving the process and to those involved much needed legitimacy. (Contrary to the current approach.)

Rule of law has no definition, only descriptions, as I’ve said (not my great discovery, though, has been said by many, better-than-me legal experts before). But also, expressions like “generalized deficiencies” or “proportionate” are a nightmare for legal positivist. The Commission does propose some explanations, like: “Proportionality will be ensured in particular by taking into account the seriousness of the situation, the time which has elapsed since the relevant conduct, its duration and its recurrence, the intention and the degree of collaboration of the Member State in putting an end to the violation of the rule of law and the effects of that deficiency on the respective Union funds.”

It also said, that generalized deficiency “means a widespread or recurrent practice or omission, or measure by public authorities which affects the rule of law. The following may (emphasis added) in particular, be considered generalized deficiencies as regards the rule of law, (a) endangering the independence of judiciary; (b) failing to prevent, correct and sanction arbitrary or unlawful decisions by public authorities, including by law enforcement authorities, withholding financial and human resources affecting their proper functioning or failing to ensure the absence of conflicts of interests;  (c) limiting the availability and effectiveness of legal remedies, including through restrictive procedural rules, lack of implementation of judgments, or limiting the effective investigation, prosecution or sanctioning of breaches of law.”

Or this one: “The identification of a generalized deficiency requires a qualitative assessment by the Commission. That assessment could be based (emphasis added) on the information from all available sources and recognized institutions, including judgments of the Court of Justice of the European Union, reports of the Court of Auditors, and conclusions and recommendations of relevant international organizations and networks, such as the bodies of the Council of Europe and the European networks of supreme courts and councils for the judiciary.”

Rule of law breaches require very elaborate and highly systemic analysis of legal systems and I’m not sure the Commission or the Council can work that way.

What does proportionate to the gravity of the breach mean in real life (on paper it looks perfectly simple)?

Rule of law, or in fact any value or principle, is not a loaf of bread, it cannot be measured that way. Of course, there are plain and simple cases, like a government simply abolishing the justice system. That’s a breach. But is diminishing the salary of the judges by 5% (make no mistake, judges get their money from the budget, so, to a certain extent they are always dependent on the government and the parliament and that is normal) an interference and a clear breach of rule of law? If 5% is not, is 10%? 15%? Or modifying their retirement age? It depends on way too many things, of course. And if it is a breach, how grave is it? Serious? Not so serious? Medium? Mild? What is proportionate to it? Will it work like the ancient biblical “an eye for an eye” principle? For a 5% breach a 5% reduction? Or less? Or more? We don’t know yet, because there has been no real dispute about it.

Just a side note: even with infringement cases, the ECJ has always tried to refrain from interfering with internal politics, at least this was established by Halmai analyzing the Commision v Hungary decision of the court. Thus it established the violation of EU law, but stopped short of politically evaluate the constitutional framework of a Member State. (And this is why, Kim Lane Sheppele suggested to rework the procedure…) And, in my opinion, the ECJ was right to do so. Politics and law should be kept separate.

If you look at the emphasis added above: Could? Should? Has to? This brings us to Problem Nr. 3.

Yep. The Procedure. And how it should be done. Nullum crimen sine lege, nulla poena sine lege. Innocent until proven guilty. Burden of proof. Right to appeal. And so on. All those fine (sub)principles of rule of law.

None of the institutions involved is a judiciary body. The one judiciary body is not involved. And there are many, as of now, unregulated details:

Is the above mentioned catalogue of “generalized deficiencies” exclusive? Or, if the word “may” suggests that the definition can be broadened, what is the guarantee for “nullum crimen sine lege”? (This is what bothered the CLS, too.)

It’s a positive thing, that the nation state involved can present its own opinion. But does the burden of proof lie with the Commission or is it reversed? What are the options of the state in question if it doesn’t agree with the decision? (Or, for that matter, will the Commission/EU pay compensation for the member state if the funds were withheld illegally?)

Nulla poena sine lege. There is not a general consensus among legal experts, whether funds can be withheld for rule of law breaches. (Even with Article 7 proceedings, it requires an activist and broad interpretation of the Treaties.) Unfortunately, the ECJ cannot be asked to provide preliminary/abstract assessment, so we’ll see in practice. (If it ever gets to the ECJ.) Also, though in theory, the proposed regulation puts emphasis on protecting the final receivers of the funds (ERASMUS students and professors, for example), it is to be seen, how they want to enforce this…

Coming up next: Further thoughts, some extensions and conclusions